Get up. Work. Teach. Cook. Eat. Clean. Sleep. Repeat. That’s (in no particular order) the routine working parents all over the UK have struggled to stick with.

That is, until 8 March. The day when parents jumped for joy, as they sent their kids back to school. By all accounts, juggling work and homeschooling has been utterly exhausting – and struggling to understand the English grammar their kids in primary school were learning was an added stress that many weren’t expecting.

It turns out that the national English curriculum is now full of more labels and grammar topics than most Brits know what to do with. Which made us – the language experts at Busuu – wonder: what were the English topics that confused Brits homeschooling their kids the most?

We identified those topics by analysing Google search volumes for English primary school topics during lockdown one in 2020, then checking in again on volumes in January 2021. We also teamed this data with insights from Busuu’s Senior English Language Expert. The findings were truly fascinating.* 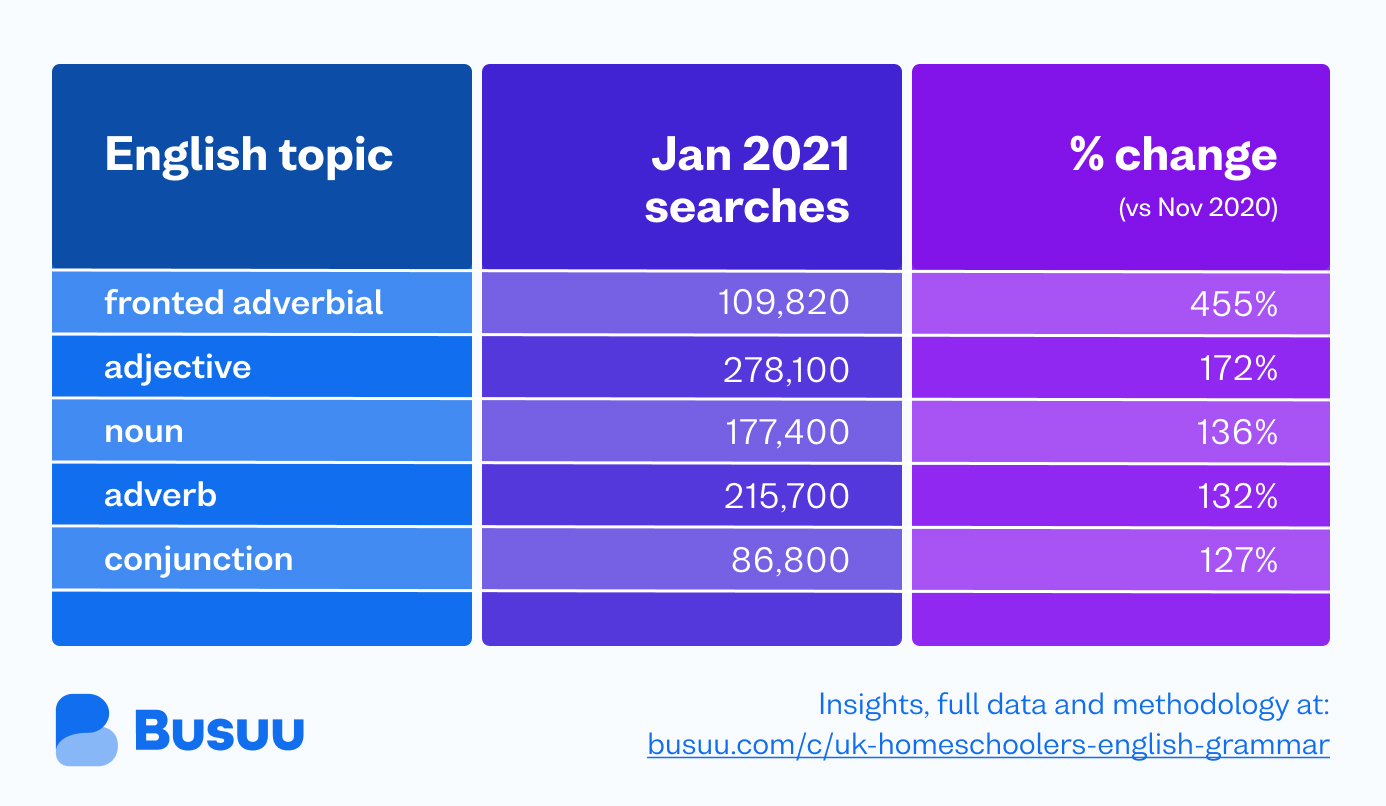 If there were a prize awarded for the English primary school topic that caused the most grief, fronted adverbials would win, hands down. Demand for search volumes explaining fronted adverbials increased by a whopping 455% in January 2021, in comparison to demand during the last month of full-time school, November 2020.

During the first lockdown, fronted adverbials was also the biggest struggle for homeschoolers, followed by modal verbs Unsurprisingly, monthly Google search demand for information on English primary school topics like fronted adverbials started creeping up way before January 2021. It skyrocketed when chaos ensued after schools shut at the beginning of the first lockdown in 2020. During that period, monthly search demand for these topics increased by 131%, in comparison to demand during the same period in 2019.

But as Busuu’s Senior English Language Expert Hannah Morris points out, another interesting thing about this list is how frightening all the topic names sound. Nine times out of 10, the topic name makes the English grammar theory sound a lot harder than it actually is.

“I love that fronted adverbials are right at the top. Of course, they would be. No wonder Brits homeschooling their kids were perplexed! They sound scary, even though they’re not. It’s all in the name.”

“When I taught English in Italy, I noticed that they learn Italian grammar in schools. And it’s not just in Italy that they do this, it’s pretty much everywhere. Italians aren’t scared of grammar terminology, because they’ve learned it from a young age, whereas we never did. Personally, I just about remember learning what nouns, adjectives and verbs were in primary school, and that’s about it. But I probably only remember that because English grammar is a huge part of my day job!”

The important thing to take from all this though, is that these English topics aren’t as difficult as they seem. As Busuu’s Senior English Language Expert Hannah stresses, the tricky part is all in the alien-sounding names.

And to prove it, Hannah has explained the most confusing English topic per year group in simple language.

Yr 1: parents with 5- or 6-year-olds looked up noun phrases

Increase in Google searches during lockdown one: +166%

Simple explanation: “It may sound complicated, but a noun phrase could literally be ‘an apple’. It’s just a noun (in this case, ‘apple’), plus a fancy thing called a determiner (in this case, ‘a’). It can contain extra things to expand it, but that’s all there is to it!”

Yr 2: homeschoolers had to learn about subordinate clauses

Increase in Google searches during lockdown one: +120%

I’ll admit, it can be a little confusing when you look this one up, as it’s helpful to understand what an independent clause is. If you get confused, just ask yourself, ‘does this part of the sentence work by itself?’ If it doesn’t, it’s a subordinate clause!”

Increase in Google searches during lockdown one: +170%

Simple explanation: “Let’s be honest: the name itself – ‘modal’ verbs – is a little misleading. If you told any homeschooler that they needed to teach their kids words like ‘could’, ‘should’ and ‘can’, we wouldn’t have a problem here.

Things get a little trickier when you get to modals of obligation, though. It’s difficult to explain the difference between words like ‘have to’, ‘should’ and ‘must’ – the meanings are quite nuanced.”

Yr 4: parents turned to Google, exclaiming, “What is a fronted adverbial?”

Increase in Google searches during lockdown one: +290%

Simple explanation: “I don’t understand why it’s got such an inaccessible name. This is a fronted adverbial: instead of saying ‘I ate my breakfast earlier today’, you say, ‘Earlier today, I ate my breakfast’. You take the bit of the sentence describing the verb, the ‘doing word’, and move it to the front of the sentence. I wonder whether the word ‘adverbial’ is the thing that is throwing people off...”

Yr 6: homeschoolers stressed over the definition of an antonym

Increase in Google searches during lockdown one: +135%

Simple explanation: “It’s the opposite of a word. The antonym of ‘good’ is ‘bad’. The word is innately scary, I must say, and it’s not something that comes up. The only place where you might stumble across it is a dictionary – and a dictionary isn’t exactly most people’s idea of good bedtime reading!” 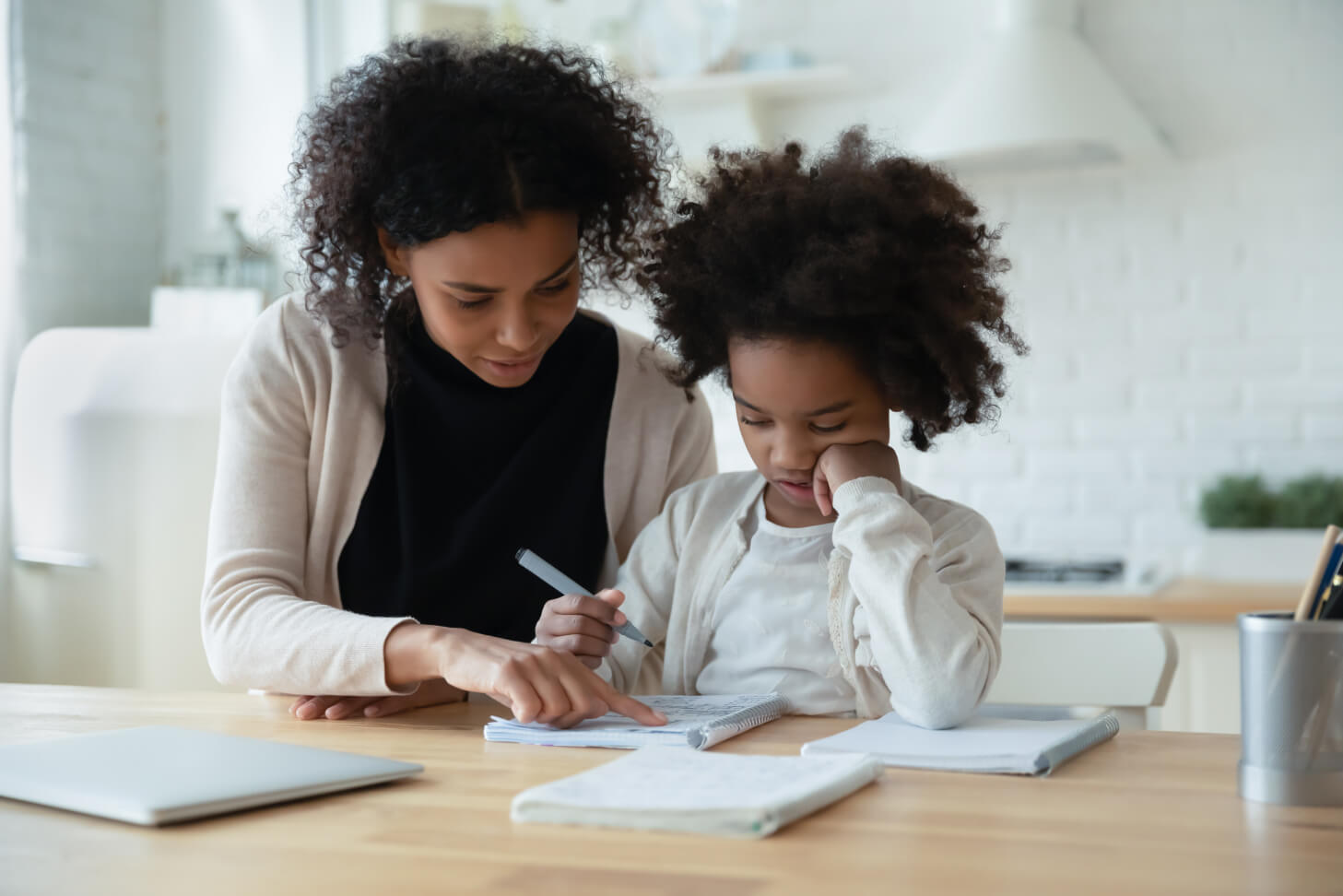 Parents on the frontline: reactions to homeschooling & teaching children English at home

“Homeschooling was brutal,” said working mother Fiona Fieldhouse. “Trying to work full time and homeschool was close to impossible. No one wins.”

And while this third lockdown has been difficult, parents admit that lockdown one in 2020 was even more challenging.

“It all came as a bit of a shock,” says Andrea Thomas, another working mother of two. “We didn’t know what we were supposed to be doing and the schools didn’t, either... we got to the point where we didn’t do anything.”

The experience has not only proved testing mentally, but intellectually. Even well-educated parents found themselves turning to social media to vent about their struggles with fronted adverbials, amongst other confusing English grammar topics.

“I’d like to think I’m really good at English, as I have a languages degree,” says Andrea, speaking as one such well-educated parent. “Plus, we’re one of the lucky households who have things like a spare laptop, colouring pencils and space to spare. But honestly, I found it really hard. There were tons of grammatical terms that I didn’t recognise and could never remember. Fronted adverbials was one of them. No parent knows what a fronted adverbial is!”

Yavneh Primary School’s Headteacher Caroline Fields sheds some light on parents’ struggles with today’s English primary school curriculum. “Sadly, [one of] the most challenging parts of homeschooling is that the way children learn and the way teachers teach have changed since many parents were at school,” she explains. “Grammar [is now] embedded into everyday language and lessons. Parents struggled with a lot of grammatical terminology that we don't necessarily use as adults.”

Now that parents can kiss their ‘teaching’ responsibilities goodbye, Busuu’s Senior English Language Expert Hannah has demystified English grammar for us, and the world is taking steps towards the ‘old’ normal once again, we’ve got three final nuggets of wisdom for you.

While we hope – touch wood – that we’ll never be locked down ever again, here’s Hannah’s expert advice on what to bear in mind: 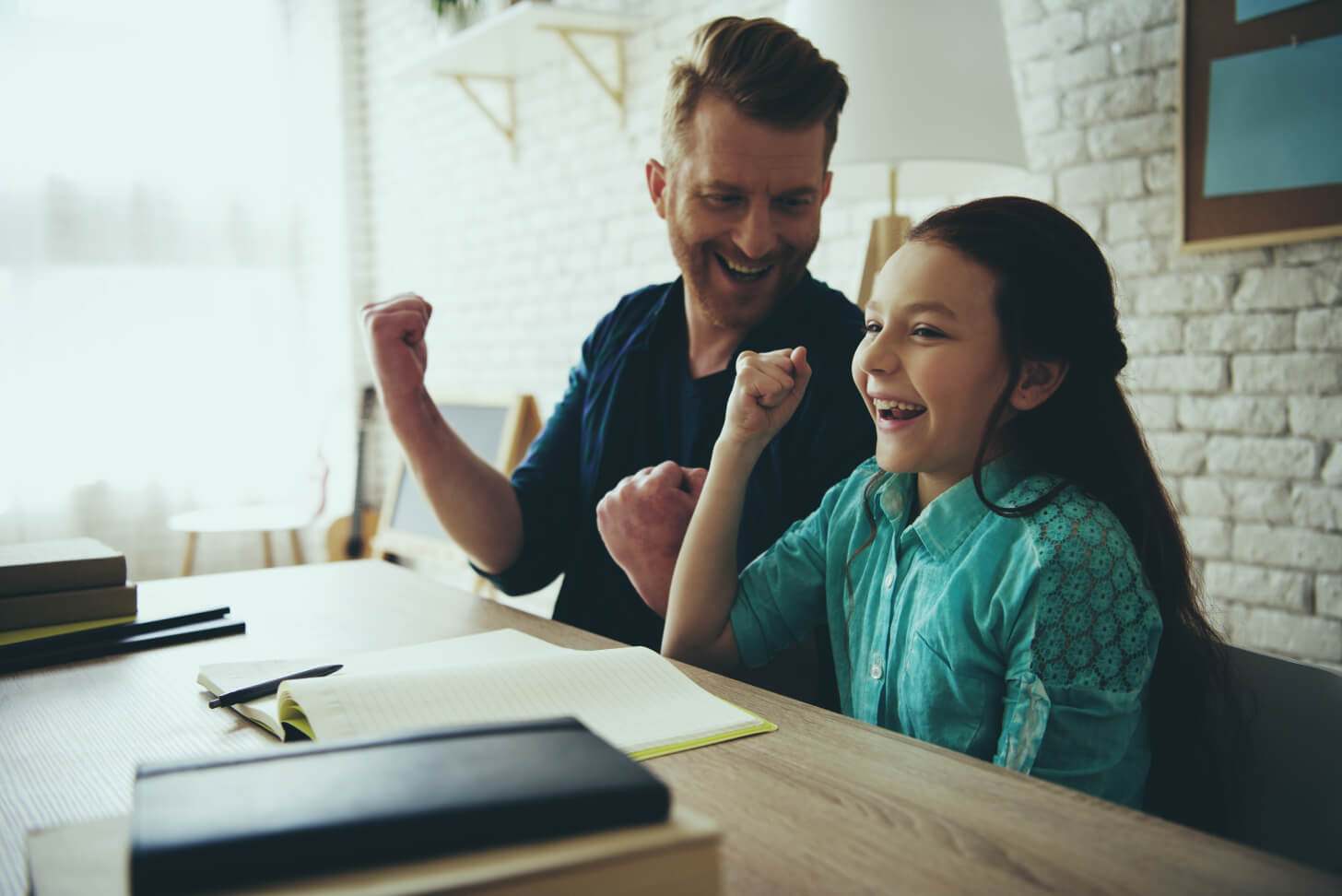 To analyse the most confusing English topics for UK homeschoolers, we lifted topics from the breakdown of the "Terminology for pupils" by year group for key stages 1 & 2 in the English syllabus.

In order to assess and rank the data by homeschoolers’ contribution to volumes, we calculated the year-on-year changes to demand for those topics, using totals of search volumes for the following queries:

**For the sake of consistency, all topic queries were in their singular form. Also, to ensure homeschoolers’ contribution to 2020 search volumes were significant and notable, we excluded all English topics that had a 2020 total of less than 15,000 average monthly searches.

In order to further assess and rank parents’ contribution to volumes in 2021, we also repeated the same exercise with topics we deemed the most ‘confusing’ for homeschoolers from lockdown one.

We compared the latest Google UK search volume data for January 2021 to November 2020’s data. We chose November data instead of December data on the basis that Christmas holidays were in December – meaning it will have been a quieter month for English grammar-related Google activity.

Want to learn all about English grammar – or one of our other 11 languages on offer? Find out more about us today.